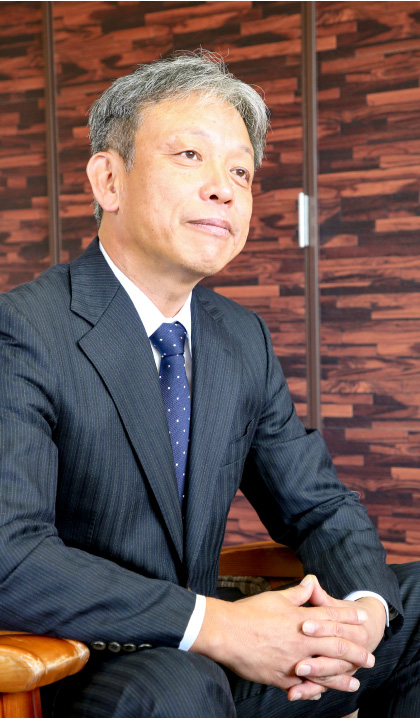 Thanks to you, the customer, our company has seen 75 years since its foundation.
After being deployed, wounded, and returning home during the great war in China all those years ago, Iheiji Kitamura, thanks to his foresight into motorization gleaned from his experiences as a soldier, opened a business manufacturing tire cord with a mere three second-hand machines.
Four years later in February 1944, with an injection of outside capital, KOA Textile Industry Co., Ltd. was born.
Right in the milieu of the ensuing national defeat and the abolition of the controlled economy, as the first generation fell ill, the second-generation president Ihei Kitamura rebuilt the business, bought back shares from the outside shareholders, and in the period of high economic growth in 1963, established the present Haginohama Plant and went on to expand further and further.
Overcoming countless never-ending external factors such as oil shocks, the bursting of the bubble economy, the recession due to the strong yen etc., he continued for half a century as a fabricator of rubber reinforcing fabrics with a focus on tire cords, until I, the third generation, took up the reins.
On the 16th of September 2013, in the first issuance of an emergency warning since our system operation began, all of the plant’s buildings were inundated with muddy water due to heavy rains and the breaking of the banks of the Kamogawa River, delivering a catastrophic blow to the equipment and products, and leaving the company at the edge of ruin. However, we received both moral and physical assistance not only from our relatives and people in the local community, but from a huge number of wonderful people who worked together with us to get the mud off the premises, after which we recovered and have continued down to the present day.
“A true heart always shines”
Tire cord only appears on the surface when there is a blowout. It is the hidden strength beneath the surface which must never show its face to the outside world. We must always, always fulfill our role without deceit or double-dealing. I feel that this philosophy is our business creed, and is identical to the product characteristics of our reinforcing textiles.
Holding true to these values, KOA has developed into a company that makes products you can reach out and touch, with a sense of familiarity, such as dental floss, and motor head brushes for cyclone vacuum cleaners etc.
We do our best each day with the aim of creating a processing plant that embodies all different functions, not only that of reinforcing textiles, and to that end we humbly ask for your continued support and encouragement. 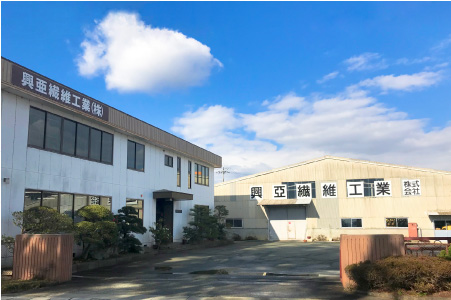 Twice, on the 20th and 30th of November 2018, President Kitamura went to his alma mater, Takashima Elementary School in Shiga Prefecture to give a lecture to the year 5 social studies class on the topic “industry in Takashima”.